I was with Chimz in Malawi when Cyclone Idai hit the East African coast near Beira in Mozambique. Malawi and Mozambique had had losses of life before due to flooding and falling trees, but the full blow of Idai was something else. Some suggest it will turn out to be the worst natural desaster to have hit the southern hemisphere in known history. Idai left hundreds dead in southern Malawi, eastern Zimbabwe and, foremost of all, in central Mozambique. Beira, a big city, is largely destroyed, and an inland ocean has been formed, in which to this day survivors are struggling with the water, with moskitos, snakes and wild animals and the lack of the bare necessities of life.

END_OF_DOCUMENT_TOKEN_TO_BE_REPLACED

Here’s the ground I’ve covered over the past four months (straight lines = flights) – and so much space left untouched! Roughly: 1 month Uganda, around 2 weeks each in Rwanda, Tanzania & Zanzibar, and Malawi, 1 month in Zambia … and already 2 weeks in South Africa 😉 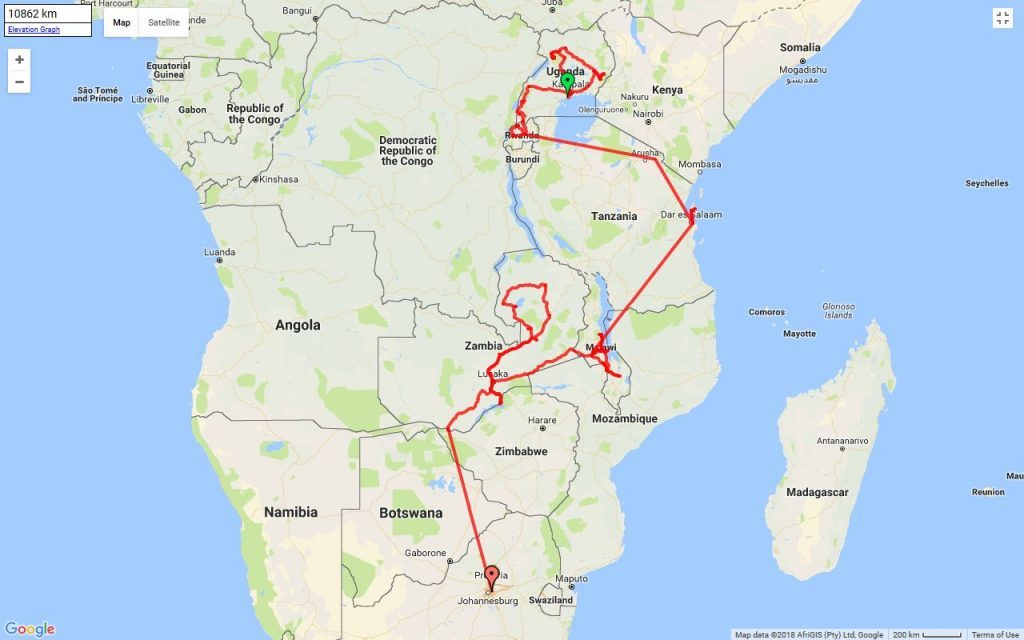