Ten years ago, I attended Sziget, one of the biggest music festivals together with a friend. We pitched our tent after the downpour left the campsite in ankle-deep mud and puddles, which evaporated the next morning in the 35+°C that would heat up the scene for the next six days. Sziget, located on an island in the Danube river in the heart of the Hungarian capital Budapest, is huge: 6 days, one main stage, a few big ones, and all in all 60+ venues, more than 1000 acts, and some 400,000 visitors. The one in 2011 was voted “best festival” in Europe. The opening act was meant to be Amy Winehouse, yet she decided to move on two weeks ahead of the festival. Guess who jumped in: Prince! I never thought I’d see that legend of my teenie years live ever – not that I bothered, but hey, here he was, all inclusive. Amongst my favourite performances: Pulp, Chemical Brothers, Flogging Molly, Skunk Anansie, Gogol Bordello, Goran Bregović, and some less well-known acts in the Roma tent where I loved to hang out till dawn.

Plus sides: it does have something for everyone, including food (strong Balkan presence!), and it’s a celebration of diversity, a European kind of diversity. Hence the attempted attack by a Jobbik mob, a Hungarian racist-nazi group, that’s now happily represented in parliament.

Downsides: prices and policies (e.g. limits on bottles of water, packs of cigarettes, etc. to bring to the camping – and on site sales of, for instance, Marlboro only. That sort of monopolized capitalism). The prices make the festival almost unavailable for most locals. 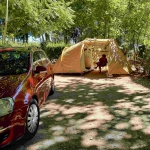 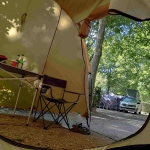 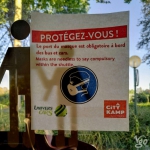