I’m leaving Africa for a few days – there’s a party to attend, with some of my most favourite people in this universe, some paperwork and clothes for uni to pick up. I’m happy to visit friends and family. I leave Africa with lots of impressions, and a sense that I don’t have enough yet. I’m still hungry 😉

Back in Germany for a few days

The cold and the dark are appaling. I am still angry at my ancestors: they left the land of mangos, guavas and bananas to go north. Once there, they had to bleach their skin so the sun could make up for the poor diet. Then they realized they’d die in the winter months if they didn’t stress throughout spring and summer. So they became really good at that, stressing. It made them “successful”, if a stressful life is a success at all. So much so that they conquered the rest of the world and imposed this stressful system there as well, unnecessarily. Welcome the 20th and 21st centuries – my philosophy of history in short. We could be sitting under mango trees and wait for the next harvest, all the 5 million of us or so …

Anyway, here I am in Germanland for a brief winter spell. A waiter in a cafeteria at Frankfurt main station saves my day. He’s the liveliest fellow you can imagine, offers me a really decent double espresso, a nice Käse-Brötchen (cheese sandwich). And then there’s an old guest who likes the music so much he suggests everybody start dancing … Is this Germany? Well, the lack of sunshine and the cold weather give it away. Still, my frustration is gone for the time being 😉

But I’m on my way to the farewell party of Gestalt therapy training group, and I’m excited. My pipo!

Wow, I’m in a car with Hülya, my ex-significant other and still significant in my life. A year ago, this would have been impossible. I am happy it is possible now, and for all I know so is she. And then there are two boys who are very happy too. I am greeted with snow outside, and a lot of warmth inside. 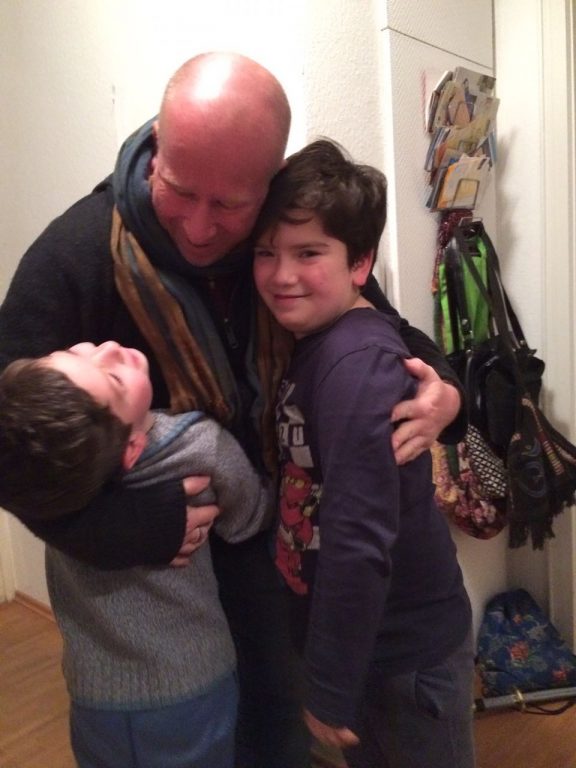 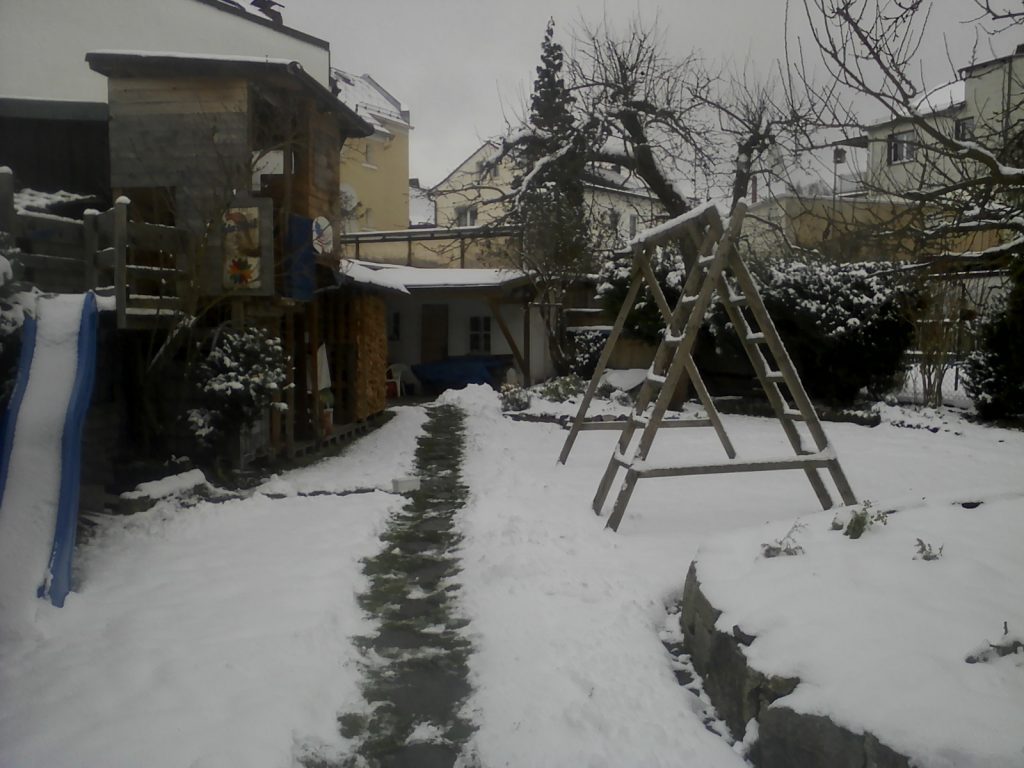 A day later, after a short stay in German “Siberia”, I’m on my way to my parents.

Poverty has many faces: waiting for my connecting train at Zwickau in south-east Germany, I notice a woman pushing a trolley. In the half-light of a station at 7 pm winter time, her clothes and haircut suggested lower middle class. Yet she browsed every waste bin for refundable empties, which revealed a rather precarious situation. What’s more, the sleeping bag and mattress crammed into her trolley betrayed her homelessness. It’s around zero degrees here, a layer of snow falsely paints the bleakness of the platform and town in innocence. I feel compassion, and quickly empty my non-alcoholic beer and hand her the bottle. It is received with a “Thank you”, firm and almost business-like, it is quite in line with her attire, to which she adds “Have a merry Xmas”. I return the wish and, despite my lingering puzzlement about her appearance, I feel a degree warmer from this short encounter as she disappears into a homeless night.

Been on a local bus again, for the first time in maybe 25 years. The same line I used to go to secondary school, but how different. The number is the same, if my memory serves me right, but the passengers are different. Pre-1990, you would only see Germans, and if there were any non-Germans on the bus, they were either Vietnamese (sometimes) or non-visible. Like my classmate, who was a Czechoslovakian citizen, as we learnt to our surprise two years after we were put in one class together. “Foreigners” were either not there or invisible back then. My busride today was completely different. There may have been some ten Germans on a bus crammed with passengers. Those ten distinguished themselves by unimaginative attires, rather advanced age, and – most notably – silence. A grumpy silence in some cases. The other passengers hailed from all over the planet, some from a region perhaps between Pakistan to Bangladesh, some speaking Arabic, some Somali/Eritrean perhaps, and so on. Other than by their looks, they were noticable because they talked audibly to one another, and not in German. My sensation was surprise, and also compassion for any one of my fellow Germans who may have witnessed the change, step by step, over the past ten, twenty years, and would be uneasy about it, would be irritated, perhaps, feel frightened, perhaps, insecure, perhaps. Feel German angst, perhaps. Again I thought, we must listen to them, when they speak up, less with an eye to whether what they’re saying is literally true, more with an eye on what is being expressed beyond the words, the shouts, and the angry faces.

I have to bury my old backpack. We’ve been together for 25 years, wow! Large parts of Europe, North Africa, the Middle East, and lately Africa. Farewell, and thanks so much! You’re bruised and beaten, and ripped in the side. You deserve to rest now. Thanks! 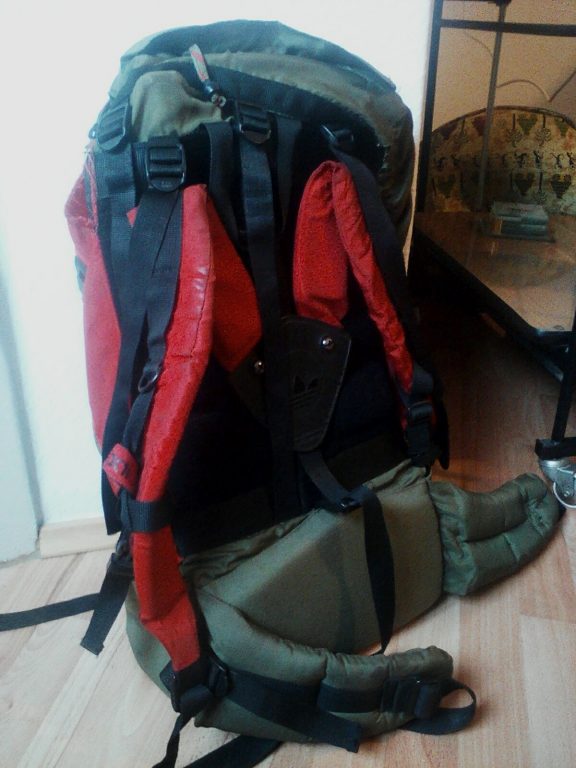 And then it’s Christmas, I’m with my family, and there is story telling, merry making, and … food. A lot of it. There’s not enough o’s my keyboard would let me type to spell it appropriately. 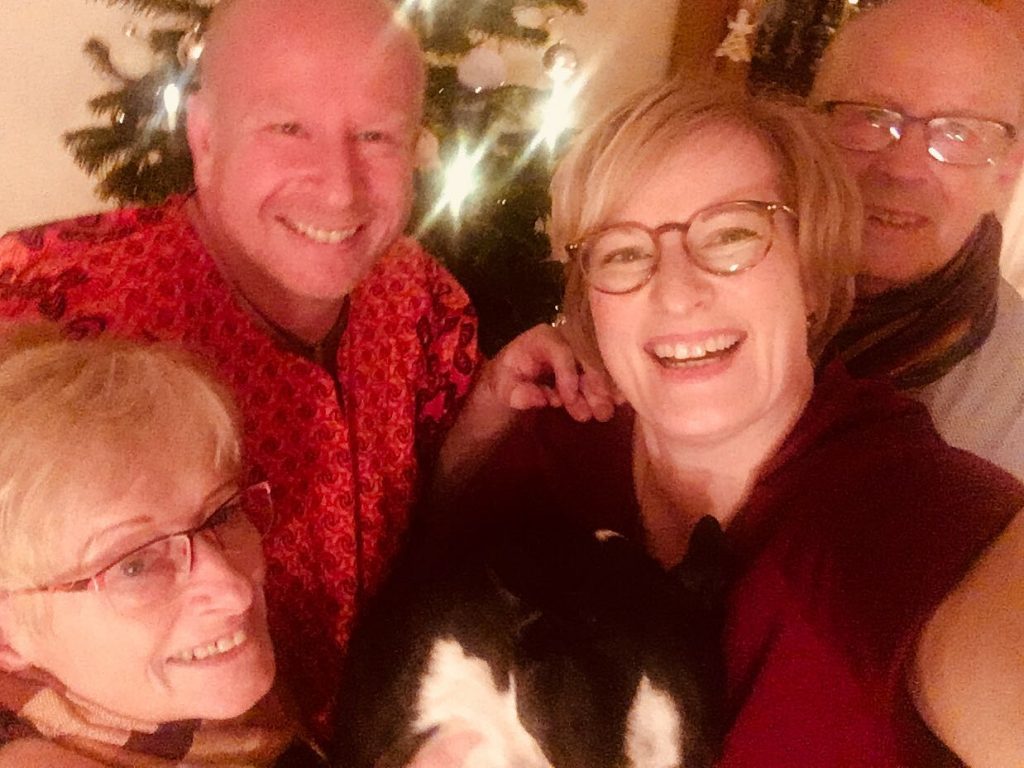 It’s nice, but I’m also happy to go back to Africa again. Here we go, bye Germanland. See you in 8 or so months! 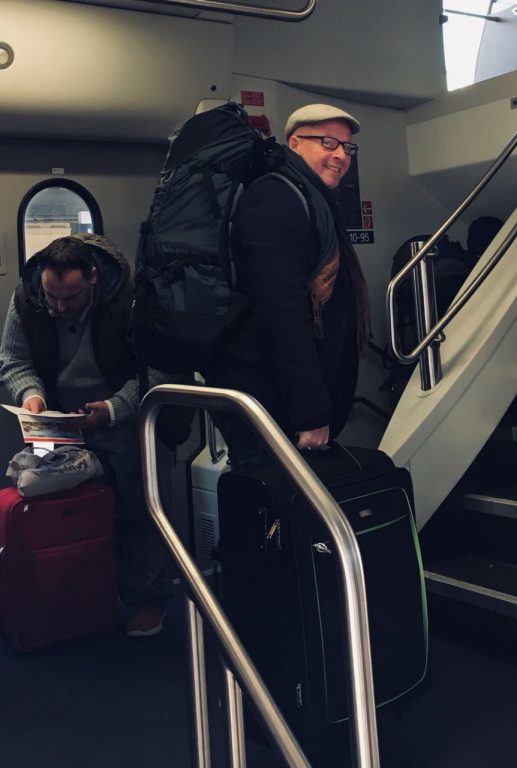