Gogo, it would have been your 100th birthday today. Well, as far as I am concerned: it is, regardless where. Happy 100, gogo Annemarie and your twin Lilo! 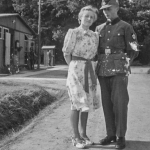 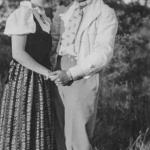 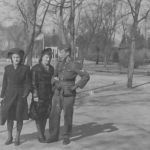 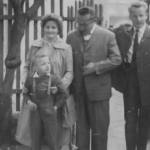 You had it rough: a teenager when the war began and you married a soldier who’d be all over the place (France, Russia, Norway), doing who knows what, returning a wounded man, literally, who’d die of his injuries before his eldest child even got married. There are rumours you were flirting with a black American soldier at the end of the war, when US troups had occupied the house next doors, and your husband was still a POW. You lost a five-year old daughter in an accident, and for all of your life you would take care of another child that was too “handicapped” for village life in post-war East Germany. In fact, when you died on your 79th birthday, you were still living a post-war life. The never used washing machine was only one symptom of it. Soup and bread were your staple food. That one time you accompanied us to the Chinese restaurant next doors you insisted on potatoes (what’s rice, after all?). You’d wear a headscarf when you left the house. Unless a festive occasion had forced you to see a hairdresser and that hair then had to be shown. Your handicapped son only survived you by three months. You – you were never ill. When you fell over on your birthday 21 years ago, it may have been the sight of the paramedic that made you cross the bridge.

Your friend Alfred, he for whom the war was only over after another decade as a POW in Siberia, he lived to celebrate his centenary last year. Well, he too has joined you since. Have a good one, gogo and the other oldtimers, and say hi especially to your twin Lilo!