It started with Collins at the Red Chilli Camp in Murchison Falls Park. Collins told me about his desire to make a movie about an underdog guy who after a lot of fighting leaves the forest, a victor. He has it all in his mind, perhaps unsurprisingly. For he immediately went on to present a lively, if at times horrifying account of his brother, who had joined the UPDF to fight Joseph Kony‘s Lord’s Resistance Army. 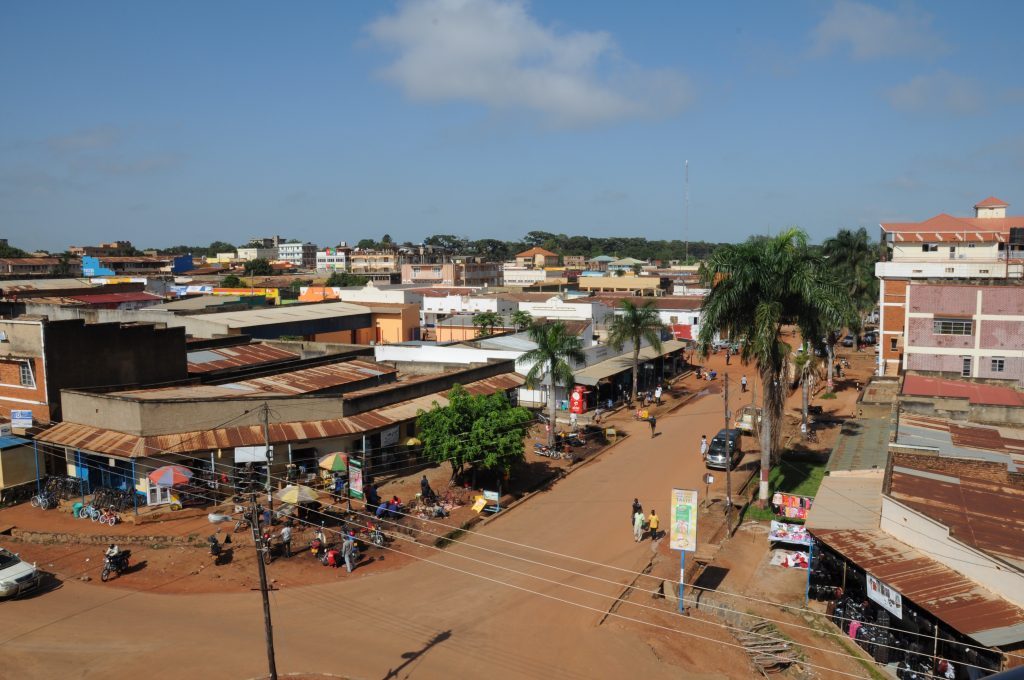 How he met his brother in Rwanda. How, in the wake of an attack on their truck, he ended up with the baby and the mobile phone of a dying mother. How he went to his home, only to find it inhabited by refugees from another district. And so on, until the baby is returned to his grandmother, and Collins himself cleared from any suspicions of having kidnapped him. And yet, he continued with how the nearest camp had been ravaged by rebels dressed in UPDF uniforms. And, now my game-watching guide continues the next day, how the white owner of Red Chilli got killed by the rebels. And so on and on …

Yet there are other stories. Like that of Jonathan Okwir. I met him travelling with a friend, a story I fear is too private to be revealed just like that. He is one of those who were kidnapped as children and are now leading a “normal” life in Uganda. His life was turned into a movie, The Road to Freedom Peak, a trailer of which you find here.

Gulu was one of the hotspots of Kony’s vile activities. As if Idi Amin’s reign of terror in the 70s wasn’t enough, here, we’re in the mid-80s, was a man, again from the north, who claimed to be a spirit medium, visited by a host of angels and commissioned to establish a Christian theocracy in northern Uganda. So like the pied piper of Hamelin he chased for children, whom he turned into soldiers and sex slaves. Over roughly 25 years, the unimaginable number of 66,000 children were forced into the LRA, and millions of people displaced within Uganda. 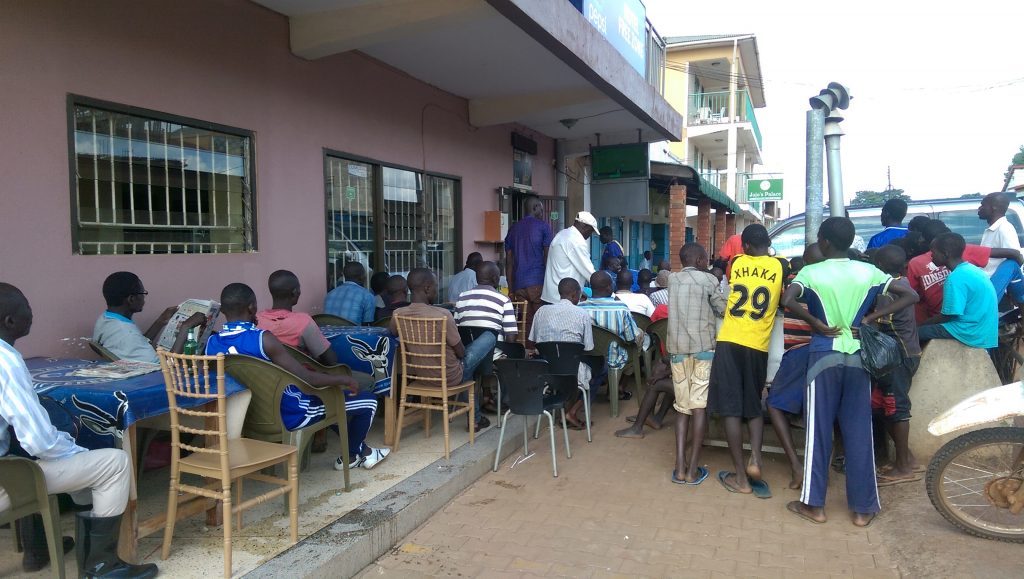 What could be more important than a Premier League matchday? It’s Man City beating the shit out of Liverpool

Uganda today has to face the problem of reintegrating these young adults. Trials at court, like the one in The Hague against LRA leader Dominic Ongwen, have to answer the difficult question of how to deal with someone who has committed horrible crimes, yet was a victim in the first place. Ongwen had been abducted as a ten-year old, made to watch killings and then to partake in them. How do you punish someone like that? Someone who may have been forced to kill his own parents at the age of ten? 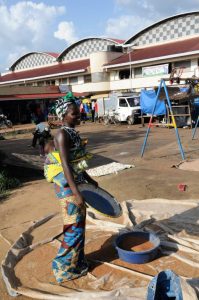 Gulu market. She’s using the wind to clean the seeds of some spice. All day … 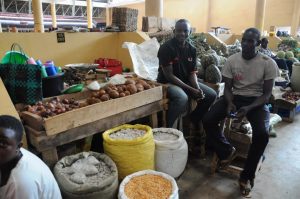 Some locals whom I approached about it look back at those times as “past” – with that “African smile” on their face that is so enticing, and yet hard to trust fully against what happened not too long ago. After all, Kony is still at large, somewhere in the lawless areas of the Central African Republic, north eastern Congo or South Sudan, and the US have stalled the search for him in April this year. However, Uganda’s north has recovered and there are more recent challenges, amongst them a major refugee influx from South Sudan, so moving on seems the one and only recipe. In my experience, very typical in the African setting.

Yet the future therapist in me wonders about long-term effects. Isn’t it what we are seeing across the continent, now here, now there, where outbreaks of unbelievable violence may be in response to past traumas, the enslavement of millions being one of the most far-reaching ones? What can you expect from a youth in any given country or region, who have been raised with this sense of looking up to “the west” (actually, “the north”), and whose parents and grand parents have lived through civil wars, ethnic clashes and what not, hardly ever fully settled, because one needs to move on … It so often seems that violence is the immediate resort, and I’m inclined to believe that at least in part this is due to unresolved traumatic experiences, even trans-generational ones.

At any rate, this part of Ugandan history touched me quite deeply while I was in Gulu. In particular the story of the “night commuters”, the thousands of children from the countryside, who would walk to Gulu before nightfall to find refuge in camps, where they often slept in the open even during the rainy season, and diseases would spread rapidly. Anything, just to avoid falling into the hands of Kony and his LRA.

To my surprise, I learnt that BAP had made a song about it, Noh Gulu (To Gulu, in Cologne-German), and I immediately felt I’d like to make an English cover version (the lyrics of my English rendition below, BAP’s Kölsch and a German translation here), the first of what may become a series of Hotel-room Recordings. 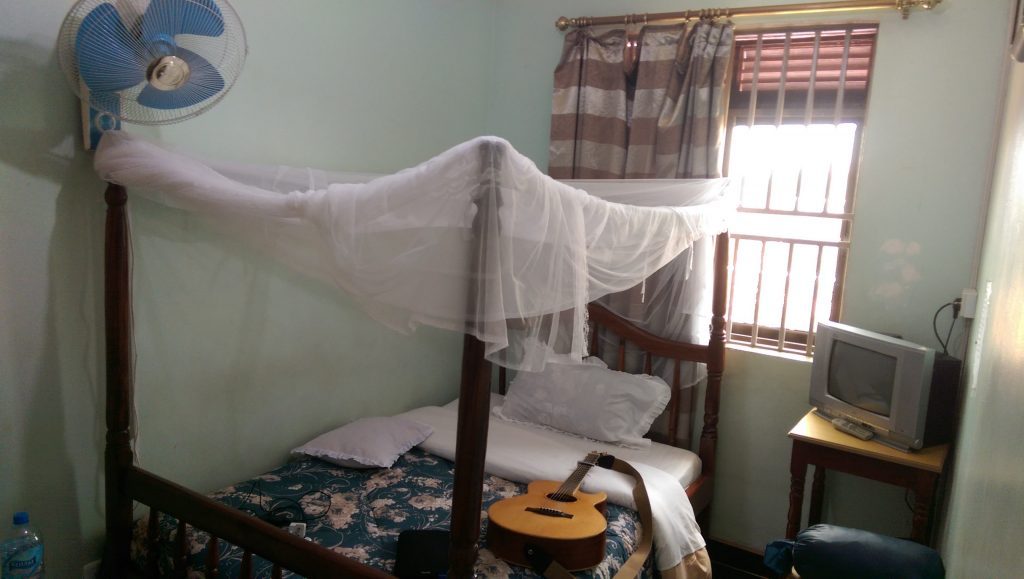 With the song in mind, I walked through Gulu for two days looking into young peoples’ faces thinking, were you one of them? And I remember Jonathan and Collins and I’m impressed how they do actually move on. As does Uganda as a whole.

The lucky ones are wearing flip-flops
The others have no shoes at all
Just like Jimmy and Rebecca
Who at twelve has seen it all
With a blanket, a straw mattress
They are hoping for a shelter at night

It’s seven kilometres
From their home up to Gulu
Without parents, every evening
That’s how Jimmy’s getting through
Holding his older sister’s hand
Now he can walk himself, to Gulu

All around, as far as Kitgum
The fields lie fallow everywhere
For the fear of man-slayers
With machetes no-one dares
To plant now, or sow anything
Joseph Kony put a ban on that

Crazy killer hordes of madmen
Getting high on violence
They rape, they burn, they murder
Night after night kidnap children
Who cannot make it up to Gulu
There to sleep with soldiers watching over them

On the window sill, that drum there
Of cow-skin, brown and white
Is a souvenir from Gulu
It speaks to me every night
Or most often as the sun fades
Before nightfall, Jimmy, I see you on your way