I’m lucky. Not only was I able to retrieve my mobile phone from the rented car which I dropped at 4:30 am at Berlin Tegel because my flight had been cancelled and I was put on a later one, late enough for the car rental to be open. No, I was also picked up comfortably at the airport by Suzan and her husband Simon, and taken to their house. I stayed for almost a week, and was perfectly entertained by the two, especially with a BBQ at which I met some amazing people – a fish farmer, a clothes designer, a nurse and psychotherapist, a special duties pilot. And of course my hosts. I had known Suzan for three years, but we’d never met in person, so that was exciting enough. And I liked being around them, hearing about their future plans and all. 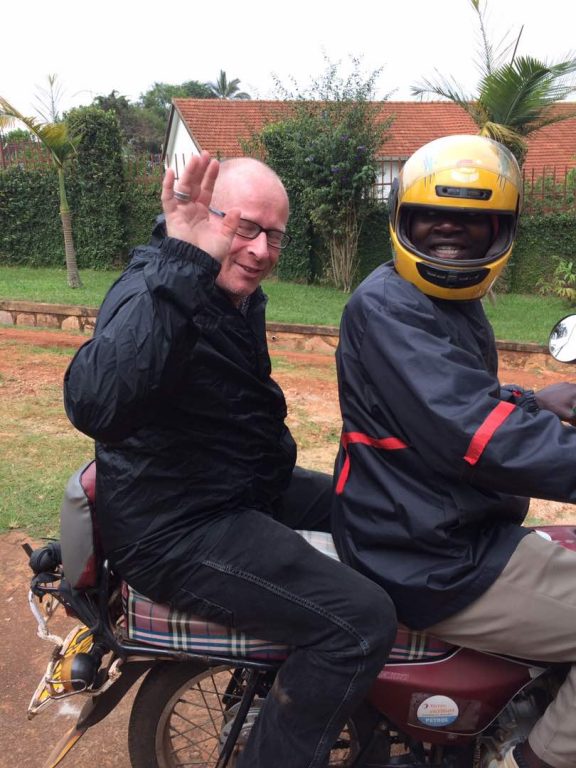 on a boda boda through Kampala

Sure, I did not see terribly much of Kampala, partly because everyone is wary of the traffic chaos, but I got some glimpses. They include the Kasubi Tombs, the burial place of the Kabaka, the Buganda king. 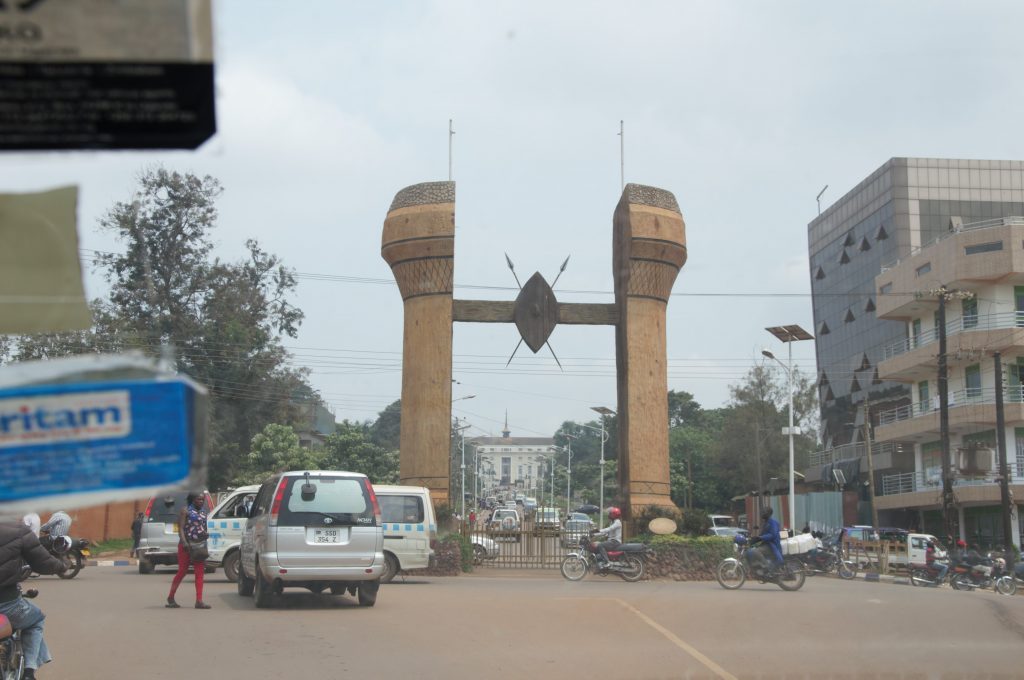 Kampala, the arms of the Buganda kingdom 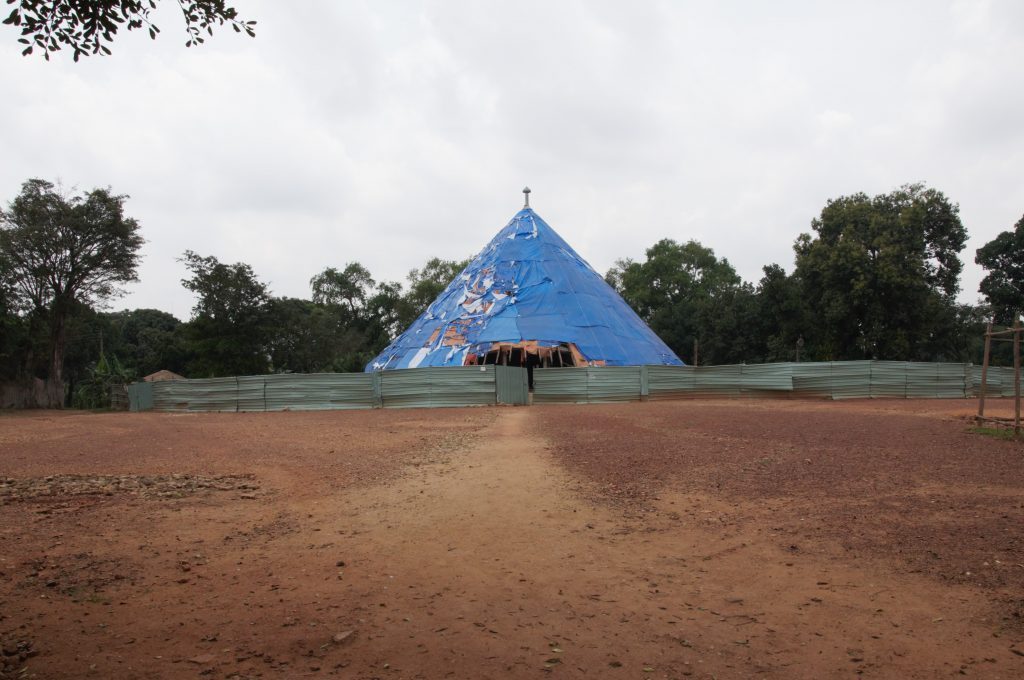 The Kasubi tombs of four Kabaka, the Buganda kings, under reconstruciton since the fire in 2010 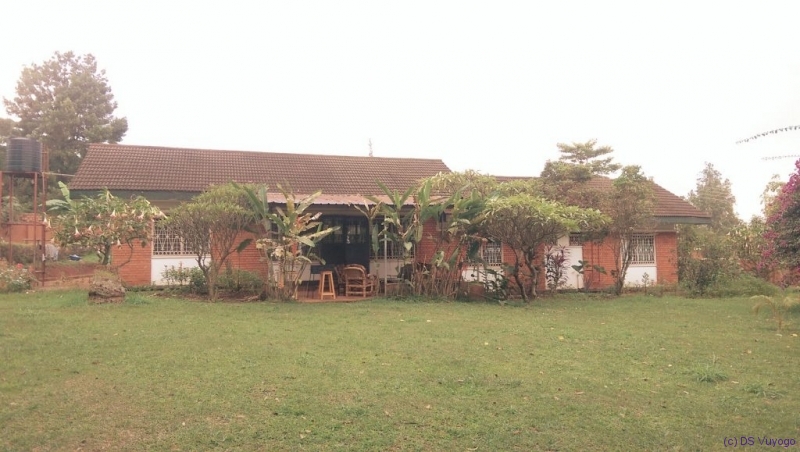 at Suzan and Simon’s 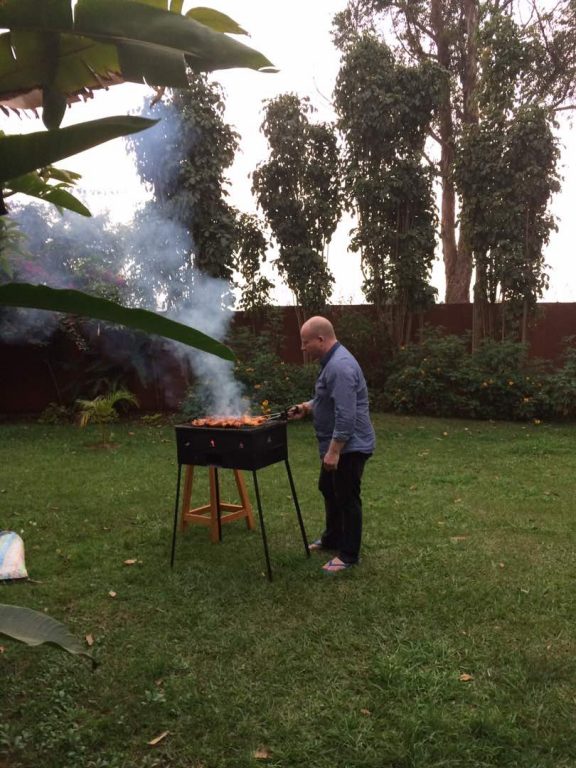 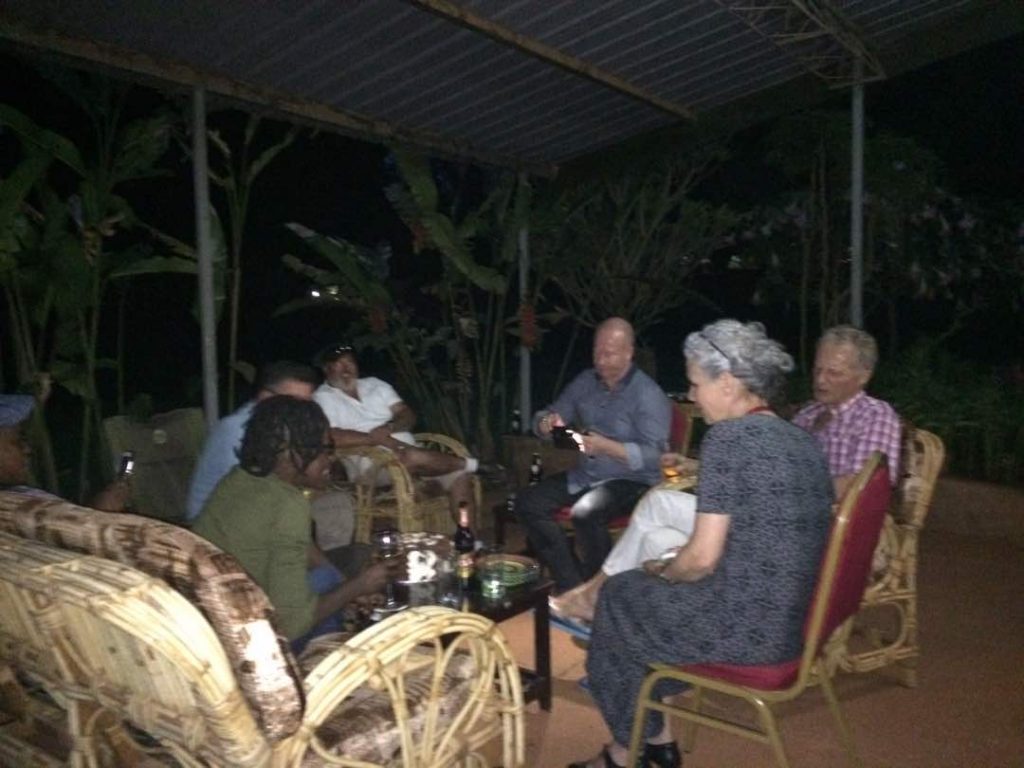 BBQ at Suzan and Simon’s

A highlight indeed was my visit to Ndere Centre with a perfomance of traditional dances and music from all over Uganda. One of Suzan’s friends, Pamela, joined me and made sure I didn’t get lost in Kamapala at night. During the performance of an Acholi piece, a government minister present, himself an Acholi, jumped up and joined in. See for yourselves (at 4:14):

At some point I had to leave, and Simon made sure I find my way out of town without getting completely lost in traffic chaos. I had hired a 4×4 for a decent price, and readily accepted an old, well-worn Rav4. Simon told me much later he didn’t think the car would make it up north, where I was headed, but I was more optimistic. I demanded a lot from it. At some point I would drive it through a riverbed three times, with the water up to the hood. Yes, the car did it, came out without even a hiccup. Two weeks later though, the brakes were almost done, the steering very hard, and some km before Jinja it broke down, and never fully recovered. But that’s for later … 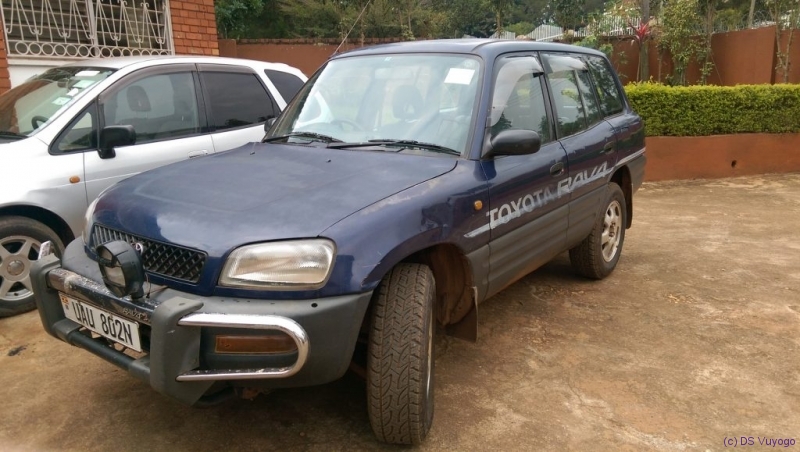 The road up north was fine. I enjoyed driving and being on my own. My journey really started now. I made my route up on the go, and at some point decided to go to Murchison Falls park. I arrived near the northern entrance at Tangi Gate in the late afternoon, and turning off onto the dust track I realized that I wouldn’t be able to cross the big pond, or rather lake, that opened up before me. Back onto the main road, I intuitively found another turn off, though here it was a stream I would have to cross and a high edgeimmediately afterwards that I wasn’t sure about. Seeing a Land Rover dive into that stream was impressive, but would a Rav4 do it? Would I do it? Anyway, I turned back and decided to stay and one of the camps I had seen advertised a few kilometers away. And just before I reached the turn-off onto dust track, an elephant! He crossed the road clamly, and yes, it made my day. My first elephant on my first day of this trip! 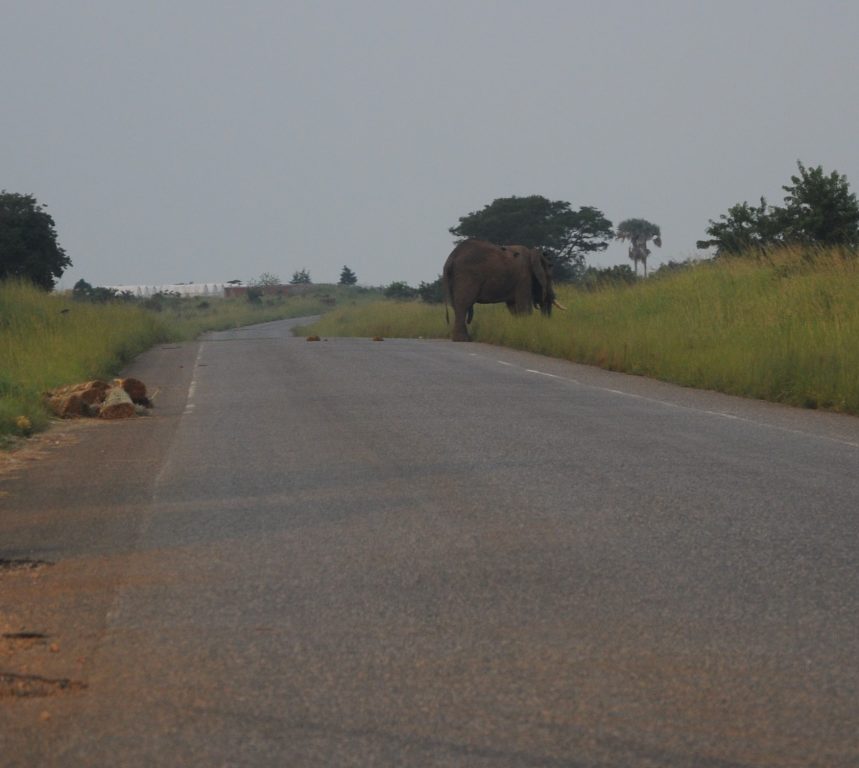 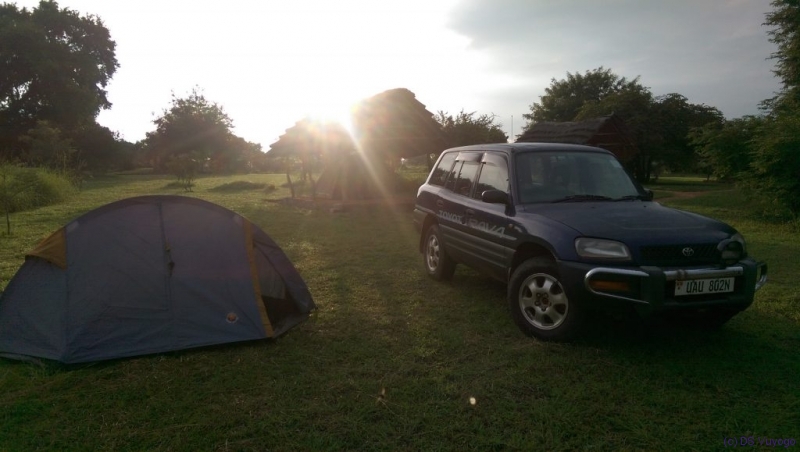 I spent my first night in my tent at Fort Murchison Lodge with a beautiful sunset over the White Nile. I left the next morning with the solid intention to enter the park, and I stretched my luck almost beyond measure. I had decided to try the second access road, the one with the stream, as it had looked more promising. When I arrived, I asked a driver in his Land Cruiser if he thought my Rav4 would make it. And he said, yes. No further biggies once I would make it throught that stream and up the edge where the road had broken off. I operated on that notion. Well … There were a few more little ponds to negotiate, and all of a sudden I found myself facing a huge pond.But that guy had said, no biggies, right? So I drove through, my automatic set to L, and steady on the gas. The car made it, but I felt incredibly uncomfortable – what if I got stuck in the middle? Water was coming in through the door, and my feet were wet. I came out alright, and realized – that was the “lake” I had avoided the day before! Which meant, I had missed something, because the track led me back onto tarmac and not to the gate. Shit. Fuck. Big time. I had to do it over again. And I did, and I guess, this is how you gain experience. The fact that I was still able to drive around in this car on this day was not due to experience, but to sheer luck. Thanks to gods, and spirits, and ancestors, whoever feels responsible – I owe you! That experience will be intensified on my way out. Due to heavy rainfalls, the stream had become much deeper, and I had to drive through or make a detour of several hundred kilometers through the southern gate. I have mentioned it above, the car dived in and came out alright, and you would here me shout “al-hamdu lillahi!” each time. Why the Arabic, Muslim prayer? What do I know???!!! But that’s days later …

I enter Murchison Falls Park – and what a beautiful experience! You will see for yourselves in the pictures. I had to get to the place where you cross the Nile since I wanted to try my luck at Red Chilli Camp. At the ferry crossing I had to wait two hours, very enjoyable hours, which I spent joining in with the adungu players there. It was the first time on this journey that I took out my guitar asking to play with someone. Yay! We had good fun, and someone else has good footage of it, I only have some footag of the other guys.

At Red Chilli I was told my idea of pitching my tent there was a problem because of a big group of campers, and would I take one of their bandas for $35. That was my cue. I told the guy I liked hearing the word “problem” in Africa, because then I’d know we can talk! To be sure, problems are there to be fixed, and so I took him by the hand leading him across the grounds and asking him where there WASN’T space for my little tent? Minutes later I had my spot for $8 a night 😉 … I have developed this attitude not to take a No so easily. Surely, I want my needs met, so bear with me, world!

I had a great time. The game drive was great, I met great people and had my first encounter with people who had experienced part of northern Uganda’s troubled past themselves – I write about it here.

But for the time being, let’s focus on wildlife – from the river Nile and on a game drive. 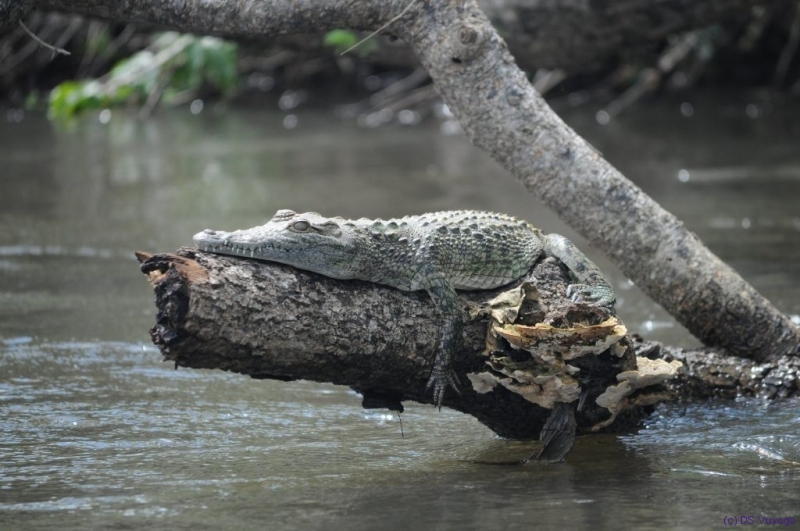 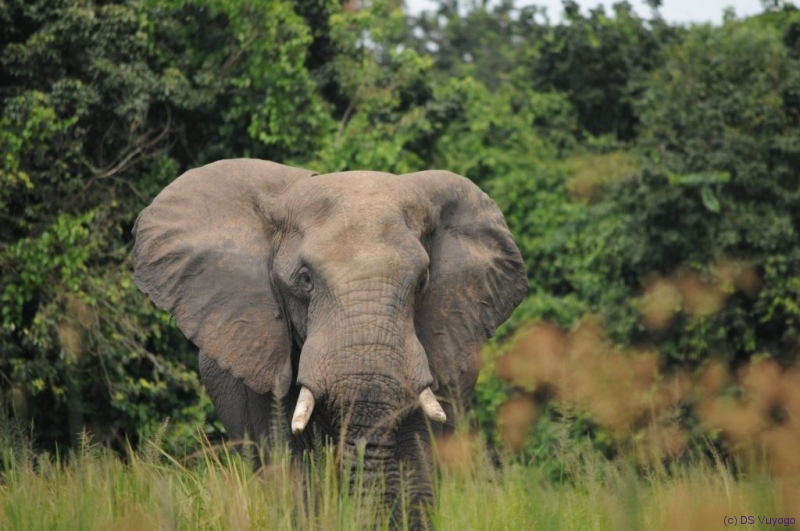 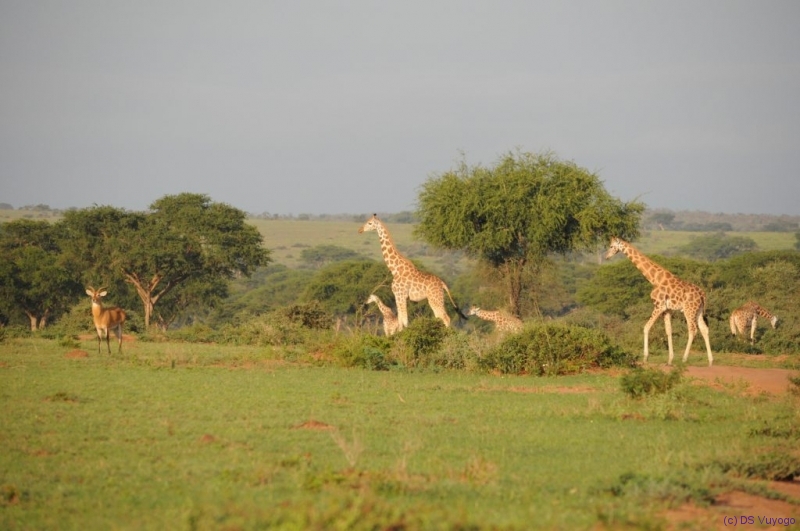 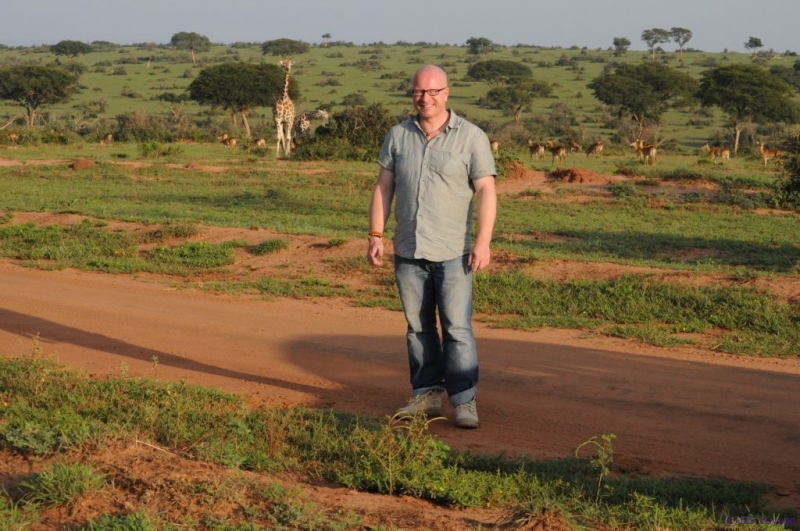 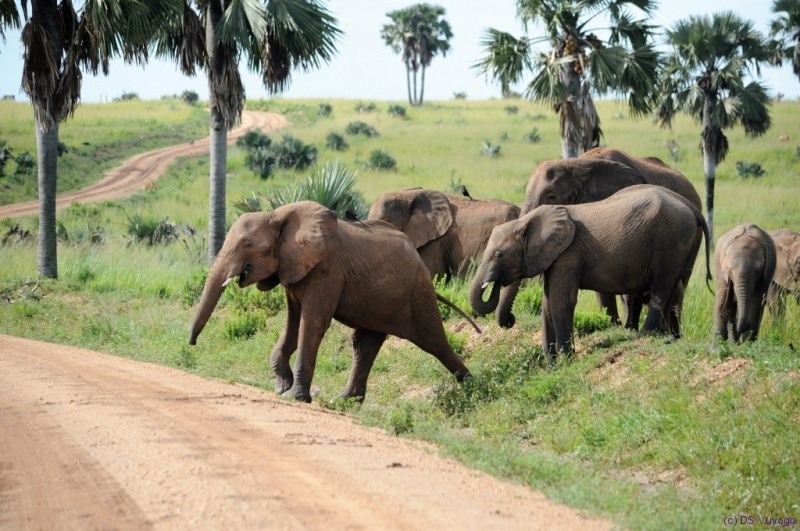 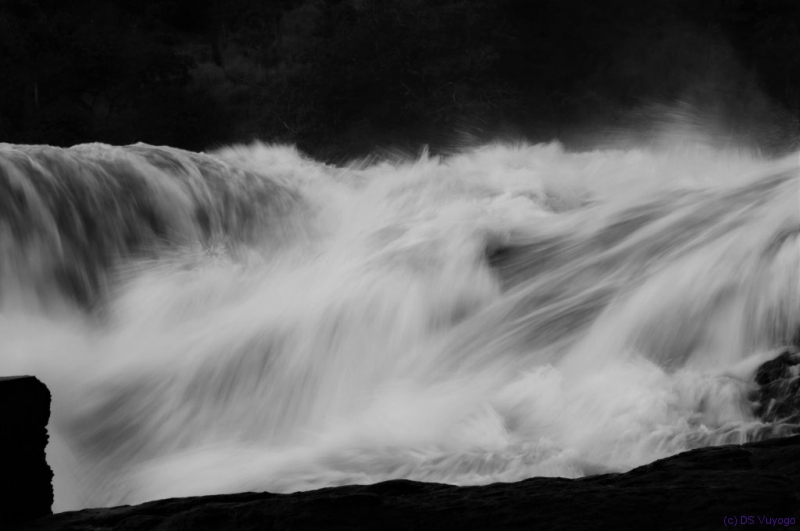 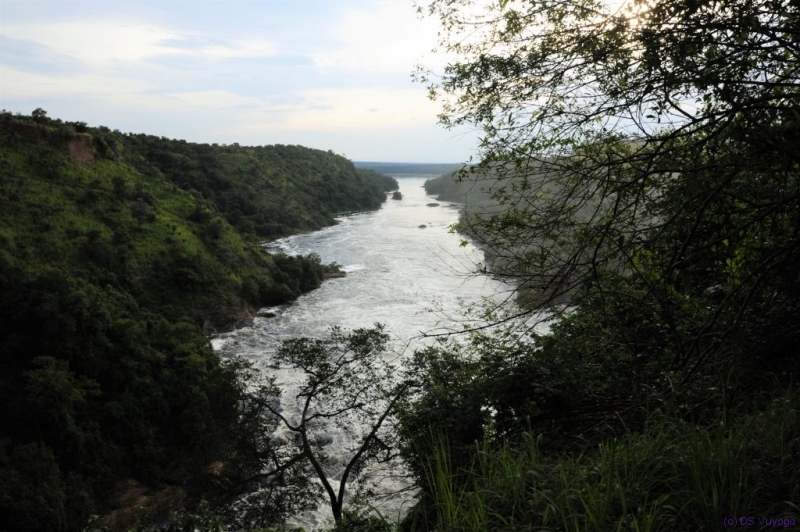 the Nile seen from Murchison Falls

On the way to the falls, my car windows lowered, all of a sudden I have these big flies in my car, and intuition tells me that’s not good. What was worse, there were dozens of them outside around my car. My blue car. I closed the windows, and killed one after the other before they could bite. Yes, they were tsetse, a nasty bite and (at least in the past) yellow fever is what they can bring. Further down the road I noticed traps that were blue. Like my car. Again, I learnt something: try to avoid blue cars in the wilderness, and ask about tsetse flies in parks. 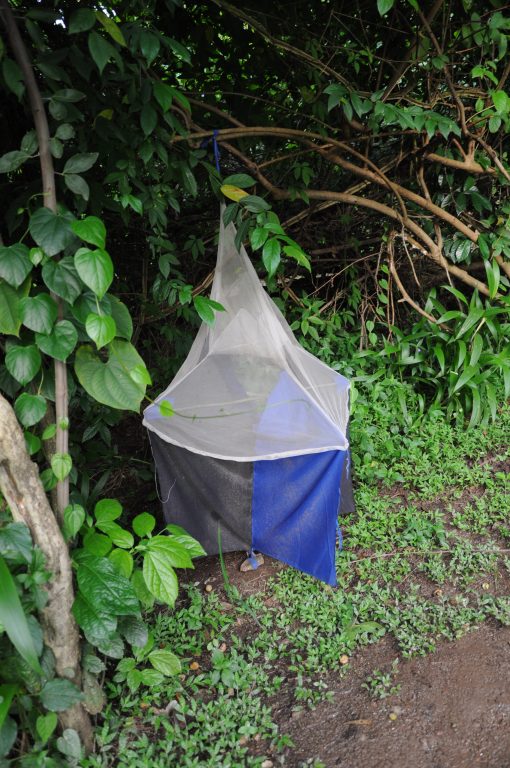